Ward 10 was first created in 2006 when the population of northwest Mississauga was growing to a point where what was then Ward 9 was the largest ward in the city. City Council approved a change that added two new wards: Ward 6 became Ward 6 and Ward 11 with minor tweaks to the boundaries of the adjacent wards, and Ward 9 became Ward 9 and Ward 10. Ward 10 is by-and-large a residential community with many parks, schools and shopping plazas. Its residents come from all over the world, making Ward 10 a beautiful mosaic of culture and heritage. Geographically, Ward 10 is one of the smallest wards in the city of Mississauga. The population, however, continues to grow as new homes and condos fill the landscape. 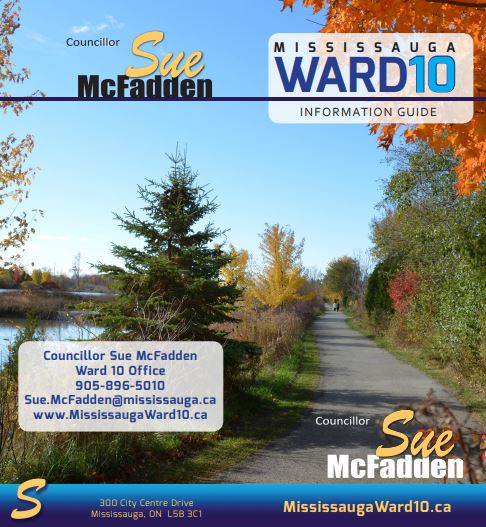 I have prepared an information guide for the residents of our ward – old and new alike. The electronic version of the guide is posted here. If you would like a printed copy to put by your telephone for easy reference, please e-mail or call my office and provide your full name and residential address and we will mail one out to you.